If viewing on mobile device, please scroll down for artwork image links.

Where Are We Going? The Electoral College Quilt series 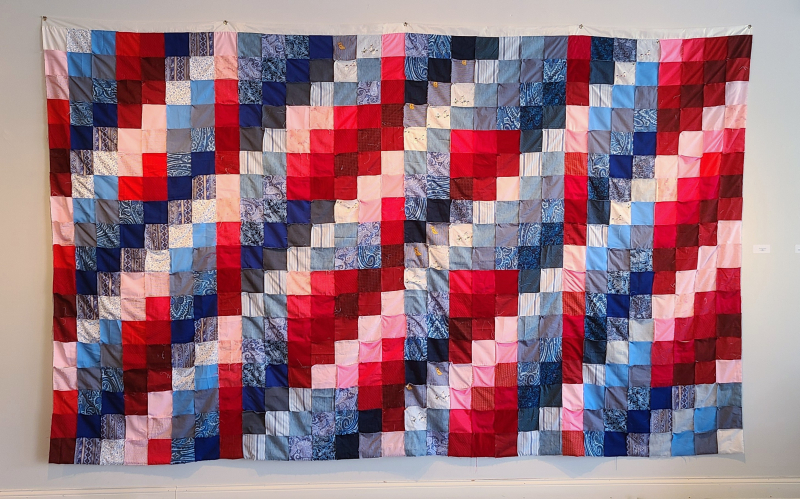 HEAL, installed at the Marshall J. Gardner Center for the Arts in the Miller Beach neighborhood of Gary, Indiana in the summer of 2021.

As the 2020 election neared, I sifted through my fabric for shades of blue. I expected a blue wave, a resounding rebuttal to the previous four years, and planned to create a blue celebratory quilt. As the votes were tallied and contested, I came up with another plan. I decided to use the electoral college votes to dictate the color scheme: 306 blue and 232 red. I had been working with words previously and decided to embed HEAL in blue, in hope of some return to civility. Through Facebook I asked friends to donate blue and red material for the quilt, intending to use only what I had on hand or to use whatever else came to hand - old sheets, clothing, whatever fabrics were available. 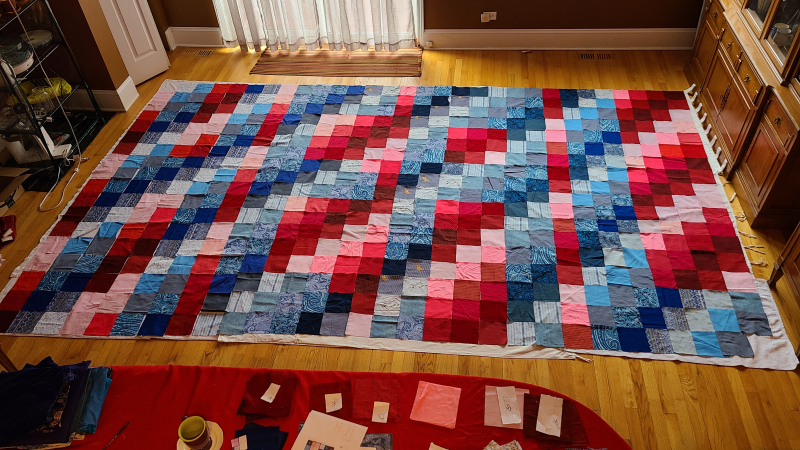 Laid out on my dining room floor, December 2020

And then January 6th occurred and I was gutted. It wasn’t until after I got my 2nd COVID vaccine in April that I felt ready to face the project again. HEAL (2021) hung in an art gallery in Gary, IN during the summer of 2021. Due to the overwhelming size, strong diagonal pattern and the way colors read, the word was hard to see. I wanted the word to be hard to see – not an obvious read.

After the exhibition, I was inspired to make a second quilt, using red for the word and the background blue. I spent several months deciding what word to use. FEAR had been my first thought, but it seemed dangerous, like praying for a firestorm. Eventually a friend suggested RIFT and it seemed to strike a balance, however precarious. RIFT (2022) reflects the ever increasing personal and political divisions we are experiencing now. 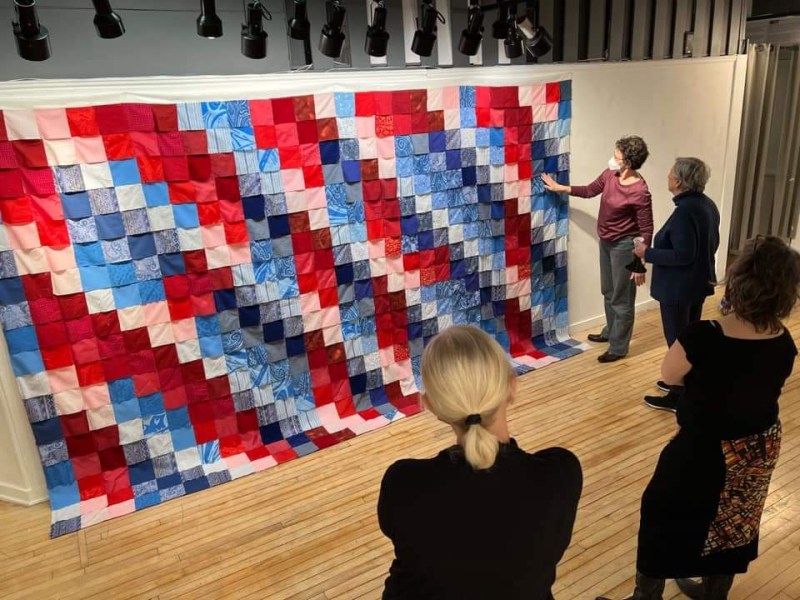 Currently, RIFT is installed outdoors in a brick wall adjacent to Side Street Studio Arts in Elgin, IL. It was initially installed at the beginning of June as part of the 12th Annual Going Dutch Art and Performance Festival. While RIFT was not originally made for outdoor exhibition, the physical degradation of an outdoor exposure seems appropriate.

I Never Said I Wasn't Happy